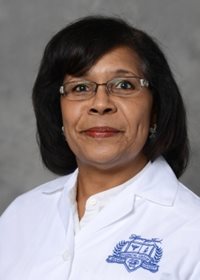 Deloris Ann Berrien-Jones, M.D. has been a member of the Henry Ford Medical Group/Henry Ford Health System (HFMG/HFHS) in Detroit, MI, since September 1987. She has been actively involved in numerous projects aimed at improved care in the diabetic patient population since 1998. Most importantly, she was a leader in the development of a “white paper” to suggest re-establishment of the diabetes education infrastructure in the HFMG/HFHS. The System now has a Diabetic Care Center (DCC) that provides ADA certified diabetic self-management education programs and patient referral menu options for nutrition, coaching, gestational diabetes education and empowerment groups.

Dr. Berrien-Jones is also program director of the PROVIDER program, a webinar-based diabetes care learning collaborative for primary care providers. The DCC partners with the Department of Endocrinology and Endocrinology Chair provides oversight for the certified diabetes education team members.

Along with being a primary care provider practicing in one of the largest satellites in the Henry Ford Health System, Dr. Berrien-Jones has been the physician champion for the diabetes initiatives for the HFMG since January 2007. Most recently, she served on the Scientific Advisory Committee for the AMGA Foundation’s campaign Diabetes: Together 2 Goal® and looks forward to involvement with HFHS and national efforts to improve the care of our patient population with diabetes mellitus.