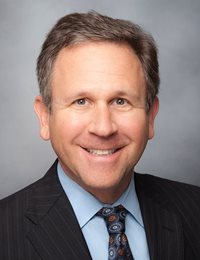 Dr. Isaacs is CEO and executive director of The Permanente Medical Group and president and CEO of the Mid-Atlantic Permanente Medical Group, two of the largest and most distinguished medical groups in the nation. Together, TPMG and MAPMG have more than 10,000 Permanente physicians and more than 40,000 nurses and staff delivering high-quality health care to more than 5 million Kaiser Permanente members in Northern California, Maryland, Virginia, and the District of Columbia.

Previously, Dr. Isaacs served as physician in chief for the Kaiser Permanente South Sacramento Medical Center, where he was responsible for all clinical operations throughout the inpatient and outpatient arenas. While physician in chief, Dr. Isaacs played a critical leadership role in helping his medical staff pioneer several innovative initiatives that were ultimately adopted by Kaiser Permanente nationwide.

Born and raised in Detroit, Dr. Isaacs received his bachelor’s degree from the University of Michigan and his medical degree from Wayne State University School of Medicine in Detroit. He completed his otolaryngology-head and neck surgery training in New York at the Manhattan Eye, Ear and Throat Hospital/New York Hospital-Cornell Medical College/Memorial Sloan Kettering Cancer Center.

Subsequently, he received his head and neck oncologic and skull base surgical training from the University of California, Davis. He joined The Permanente Medical Group following the completion of his surgical training in 1995. He is board certified in otolaryngology with advanced certification in head and neck oncologic surgery, is a fellow of the American Academy of Otolaryngology-Head and Neck Surgery, and is a fellow of the American College of Surgeons.